Autumn is here and  we all know that the Coronavirus causes the Corona flu. Which can lead to pneumonia, shortness of breath and even death in the very vulnerable, unhealthy and elderly.

Fortunately, there is a way to protect yourself against this virus. I had Corona Flu in the middle of March and got rid of it by drinking a gallon of avocado smoothie for 2 days.  This mostly consisted of vegetables and I got better within those 2 days. Then it was a week of rest and self-isolation. In addition, I put 15 drops of Echinacea tincture in a little water and drank that every 4 hours.  This remedy kept me out of hospital!

So now, if you have Echinacea and green juices daily, you will find that the likelihood of you having flu is decreased by as much as 30%. 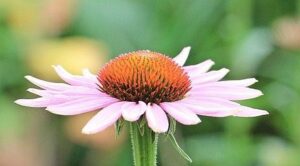 In the 90s I had heard about Echinacea and decided to take the droplets. Which you place under your tongue. It was only 4 years later that I realised I had not had a cold in  4 years.  I had faithfully taken Echinacea Tincture drops for that length of time.. Okay, well, I was still in my thirties so age probably had something to do with it. I was relatively quite healthy as well.

So What are the Benefits of  Echinacea?

It is native to the Eastern states of USA and it was once known as Missouri snakeroot… Not to worry – echinacea has nothing to do with snakes!! It was traditionally used by Native Americans for fevers and poorly healing wounds. It was introduced into Europe in the 19th century and has been extensively researched since. A lovely antibiotic remedy for treating a broad range of infections.

Ok so now we know what it is,  we also should know that the main constituents are a volatile oil including humulene, glycosides, inulin, polysaccharides, antibiotic polyacelytenes.

So What Can Echinacea Do Within The Body?

It stimulates the immune system and is anti-allergenic.  Echinacea also tones your lymphatic system. It is anti-microbial and anti-inflammatory. You can use this in various ways.

Now the good news is that it has been made into tinctures and also chewable tablets for children. It is totally safe to use.

We know that viruses causing flu and the common cold have been with us for a very long time. The only difference with the Corona flu is that it can actually be quite deadly.  The best thing to do is to protect ourselves by taking precautions so that we are less likely to contract the virus.

The average person gets two to three of these cold or flu infections a year.  Sometimes it can seem impossible to avoid colds or flu especially when those around us are sneezing and sniffing. 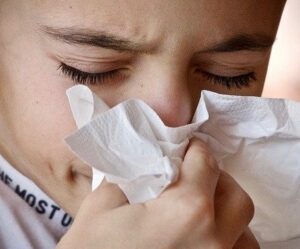 Now one thing I noticed is that Echinacea does not seem to stop coughing Ok!  So, you might have to drink ginger, lemon and honey to soothe your throat. If you do have a sore throat, we do know that if you do take raw Manuka honey, it is actually better for you. Manuka honey has more immune boosting properties in it then regular supermarket honey. You may probably be able to buy this from Amazon.

A traditional herbal remedy which helps the body fight the symptoms of colds and flu by supporting the immune system. This helps to maintain the body’s resistance.

Let me tell you this – since the time I have stopped taking Echinacea every year, I catch about two to three colds especially if my hair gets damp from being in the rain. That is, just light rain – not heavy storm rain! I have decided since I have already had Corona flu once I definitely do not want to have it again. Or pass it on to anyone else. I don’t know if you haven’t noticed that some people can be super spreaders – highly infectious carriers of the virus.

I do not recommend taking Echinacea if you are taking plenty of medication because it may interact with it adversely. So please be warned!  Do not say I did not tell you.

The good thing about the Corona flu is that young children have mostly healthy and strong immune systems and can throw off the virus within a week or so. So that’s good. However, they may spread it to the elderly or people with underlying health conditions that are respiratory related…

Talking about the elderly, I have encouraged my mother (who is 80 in April) to continue doing her juicing… She normally juices apples, celery, cucumber and carrot with parsley, garlic, ginger and lemon.  I taught her how to create tasty juice and she has done this daily for the last 10 years. This, I’m sure, keeps her immune system strong.  To ensure she doesn’t catch this dreaded flu, I will buy some Echinaforce;  a product that is created by A. Vogel. They have a whole line of products that are herbal in nature and have everything from Avena Calm which is Avena Sativa drops to Biopropolis for cold sore care. And even Ivy Complex which is for chesty coughs.

What is a Chesty Cough?

A chesty cough is a result from an excess mucus produced by the respiratory tract.

This results in the tubes of your lungs or throat being irritated, triggering the cough reflex and an attempt by the body to expel mucus.

Bronchoforce or Ivy Complex oral drops is a traditional herbal medicine or product used for the relief of chesty cough, mucus cough and catarrh. It is exclusively based upon long standing use as a traditional remedy.

There is also Bronchosan Pine Cough Syrup which is very good for either a tickly cough or an irritating cough. 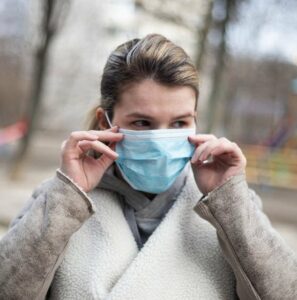 Now there is one thing that I noticed when I started coughing. I actually caught the Corona flu from a cashier at the post office.  She was coughing ferociously and fiercely into her hand. Even though she was behind a glass counter. She coughed at least 4 to 5 times for all to see).

Into her hand and it was enough to rack her body so that she bent sideways. I realised that I was probably going to be affected and by that evening while making a podcast – low and behold – I started coughing between sentences.

But the cough I had was not an irritating one.   It was tickly in nature and this is exactly what Bronchosan Pine Cough Syrup can alleviate due to  containing an extract of Spruce shoots. It also contains honey to soothe an irritated throat.

Cough syrup is a traditional herbal medicine or product used for the relief of coughs such as chesty cough, dry tickly irritating cough, and, catarrh.

Vogel have also created a cough spray for dry coughs. It is made from the extract of Mullein and Marshmallow Root. A Vogel cough spray protects and soothes – helping to bring rapid and effective relief. It also creates a protective film layer in the throat. It has also antitussive (cough-relieving) and soothing effect and ensures that irritated mucous membranes are not further irritated. 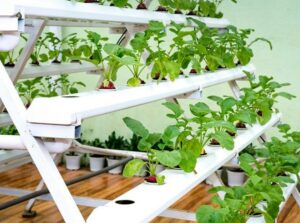 Like I said –  A Vogel herbal remedies have everything from Sage tablets for hot flashes and Night sweats to Linorforce to relieve constipation. Plus eye drops for dry, irritated eyes and St John’s Wort tablets for depression, etc.

Who is A Vogel?

They are an established brand since the mid 1930s and the person who set it up was a herbalist named Alfred Vogel.  He set up his clinic in Switzerland… It was one of the first naturopathic clinics in the village of Teulenn in the Canton of Appanzell.

Alfred took advantage of the clean mountain air and cultivated medicinal plants for the many people who travelled far and wide to see him. He came to insist on using only freshly picked herbs in his remedies and this led him to pioneer the technique of fresh herb extraction.

A Vogel research confirms that fresh herb extract often make better remedies.   For instance the fresh Echinacea extract used in Echinaforce contains almost 3 times more active substances than can be obtained from the same amount of dried herbs. Please take note: A Vogel owns farms in and around Switzerland and they have partner herb farms where plants are grown organically. They stand firmly against exploitation and depletion of wild plants in nature.

Not all herbal remedies are the same as Alfred Vogel discovered decades ago. Many factors influence the quality of the herbal product to use.

This is why the A. Vogel Health Institute still chooses to use freshly harvested plants when making most of their herbal remedies.

That being said, I’ve noticed after using Echinaforce for 3 weeks now, the tincture works faster than tablet or capsule form.   I normally take it in the evening before bed.  It’s simple – just put 10-15 drops in a tablespoon of drinking water. Then wake up feeling better by the next morning.

Even though we’re all at different levels of immunity, strengthening ourselves will go a long way.  So let’s get ready for Christmas by taking some Echinacea!

24 thoughts on “Can Echinacea Beat The Corona Flu?” 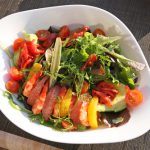 This site contains affiliate links, meaning I receive commissions if you make a purchase through the links  I provide.

Not to worry! It is at no extra cost to you. Thank you for supporting the work I put into this site.